June 2022, and once again, the world is witnessing the macabre spectacle of the Yulin festival.

When our founder Julia de Cadenet first went to Yulin in 2011, just two years after this torture fest began, the ” Festival” was a seedy heinous event largely unknown. It was primarily attended by locals who got drunk around the June summer solstice on Lychee wine and feasted on dog meat, barbecued and in soup. When we protested against the event in 2013, most people in the west could not even believe such an event existed. China seemed also seemed impenetrable and unhearing. We kept on lobbying and speaking out.

By 2014 the Festival had almost doubled in size. It started to attract the world’s media, and by 2015, activists and NGOs from inside China and overseas were making the long trip to the Xiangqi region in Southern China. By 2016, the city had become a macabre carnival of kind-hearted animal lovers and exploitative macho foreigners playing the hero and bargaining for the lives of the dogs. They were throwing money at greedy traders who had no intention of stopping.

Things got so bad as demand increased that in 2017 a massive truck of 1700 dogs were stopped by activists heading to Yulin. Most were stolen pets rounded up weeks before the June event and kept inside secret warehouses in appalling conditions. Our charity took part in this rescue, and it was heart-breaking to see so many sick dogs riddled with distemper and other ailments. 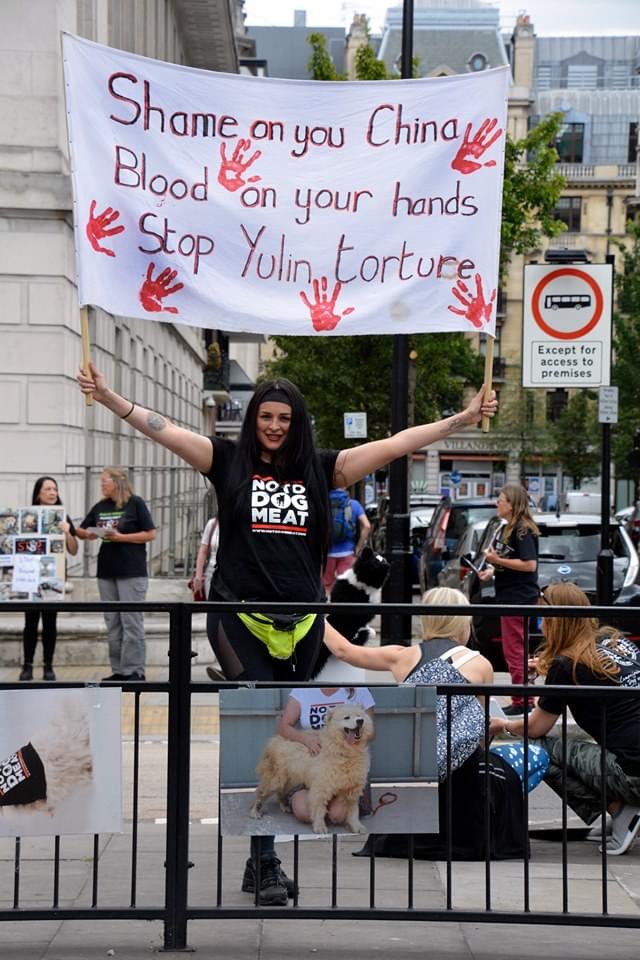 Celebrities started to raise their voices, and even an 11 million-strong Stop Yulin Petition was presented to authorities.China was beginning to see that public opinion and the outside world’s attitude carried weight. What touched us the most until this day is the brave Chinese activists, many just students or ordinary working folk who answer the call on Chinese social media to help stop trucks on the highway or attend rescues.

In 2018, NoToDogMeat was granted Consultative Status at the UN, and we stepped up our lobbying to show the dangers of airborne zoonotic diseases. Michael Tien, Hong Kong deputy to China’s National People’s Congress, lobbied to end the festival.His words prompted Beijing to distance itself from the event saying.

“The dog meat festival, though not promoted by the local government, is a private and spontaneous activity. However, the Yulin authorities and relevant government agencies will take immediate actions to prevent it from happening again.”

The Ministry of Agriculture in Beijing have also said they were looking to put “measures in place” after Chinese legislator Zhang Dejiang called for improvements and reforms to the country’s food safety supervision system.

It was apparent then Yulin was a distasteful rogue event fuelled by greed rather than tradition. 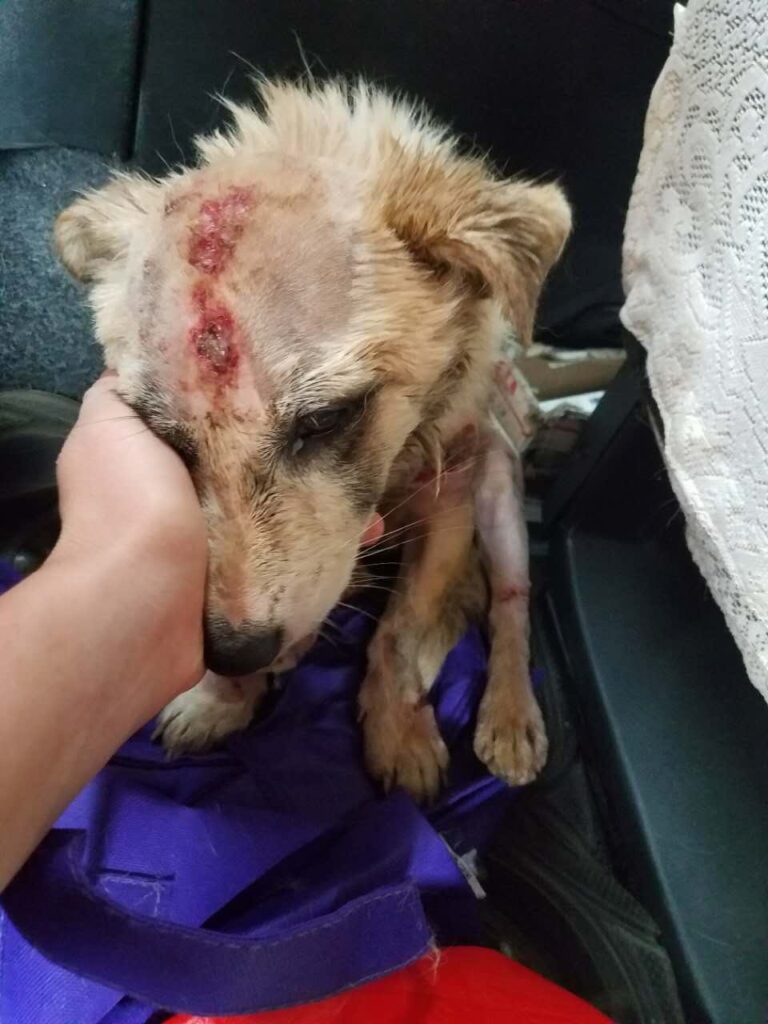 In April 2020, Dogs were placed on a livestock ‘safe’ list, formally declaring they are not food, and following this, several cities, including Shenzhen, banned the sale of dog meat.
In 2021 we had fresh hope when the Government introduced new laws due to the pandemic prohibiting the transport, slaughter and sale of animals which can pose health risks. And demanded specific quarantine checks of animals before they could sell them. Fines– a minimum of $7000 were introduced

However, as our brave team, the only NGOs at Yulin 2021, found, it did not stop the insatiable demand for dog meat. We uncovered the most heart-breaking slaughterhouse and some dog breeding farms about an hour from Yulin, where pregnant dogs and pups were being sold for food. Yes, the pandemic had made the festival quieter, but that was also because no foreigners could travel to the region.

Our hope this year was that footfall would diminish again, and this ugly stain on China’s reputation would fade.
No such luck. On May 31st 2021, whilst many parts of China have still locked down, a massive truck of 2000 dogs pulled into Yulin. Only a few volunteers were on hand to give the poor dogs water. This time, the butchers even bothered to take the dogs to a slaughterhouse. They just dragged them off the truck, murdered them, and blowtorched them.

Yulin is a city in South West China, 2300 km from Beijing and about 400km from Guangdong province, an area known for eating dogs and cats.

Our team uncovered some dog breeding farms in the countryside about one hour from Yulin, which supplies the city. Most of the victims are brought in from all over China by trucks. They are stolen pets of all breeds, strays and dogs traded from police pounds. Before the long journey, they are forced to endure without water and shelter crammed into tight cages; they are often kept for weeks in large warehouses.

Many rescued dogs do not survive as they catch multiple airborne diseases such as distemper and canine flu. Those require months of quarantine, veterinary care, and love and attention to overcome their ordeal. As with the dog meat trade in China, the survivors are forced to watch in terror as their cage mates are dragged out and brutalised.

The most significant number of dogs ever eaten at Yulin was 10,000. Last year there were 3000 victims. Traders are ready to pay fines to continue to pander to demand.

We will to stop them!